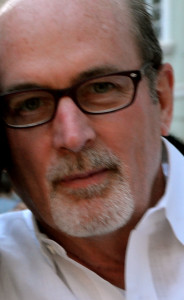 kb@viosity.com
Ken Boyle has been in the communication industry for over 25 years providing innovation, products and services to clients and colleagues. Originally from New York, Ken founded Wavelength Communications to provide live broadcast transmission and production services for entertainment, corporate and government clients. Ken took that business to Private Satellite Network which was acquired by Convergent, an Atlanta-based media and technology firm.

Ken returned to Convergent as head of corporate strategy and to create products. Ken developed a digital media platform with a portfolio of products for the management of creative  workflows and distribution of programming across Digital Out of Home (DOOH) networks called PRODOKOL . When the company was acquired by Sony in 2010,  PRODOKOL was then adopted as Sony’s global standard for  DOOH Solutions. As lead Creative Strategist,  Ken worked with Sony teams across the globe to conceive, plan, design, deploy and manage digital media networks across entertainment, corporate, sport  environments. Ken conceived,  developed and launched the end to end PRODOKOL CINEMA product for On-Screen Cinema Advertising  for a partner in Mexico City, SSL, who operates the network for the exhibitor Cinepolis to over 3000 screens all across Mexico.

Ken left Sony to form Viosity in 2012 to help other organizations leverage creative and technology to maximize their value in the DOOH market.  Ken lives in the Atlanta area with his family where he his active in the Japan America Society, Georgia Tech Broadband Institute, an adviser to the Digital Signage Exposition a member Chief Marketing Officer Network and the Atlanta Interactive Council. 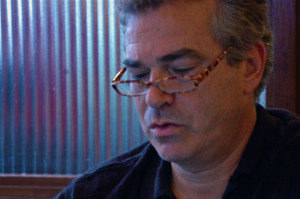 lasoffa@viosity.com
Alan Lasoff has spent most of the last 16 years residing in Asia where he has focused on the distribution and rights management of Sport programming. Prior to relocating to Asia, Mr. Lasoff resided in Los Angeles, where he began his career in the Media and Entertainment business. After beginning his career in main stream Hollywood in the mailroom of the famed William Morris Agency, Mr. Lasoff joined Management Company Entertainment Group where he was involved in finding new talent as well as assisting in the making of several Motion Pictures including John Travolta’s come back picture, “Look Who’s Talking”. During this time, he is also credited with finding Director Stephen Sommers who went on to create the hugely successful “Mummy” movies franchise.

Alan made an industry transition from filmed based entertainment to television programming and global distribution when he decided to join the IDB Corporation, a company known for both radio and television syndication. Alan became intrigued with the technology shifts effecting the industry and after a brief consultancy with Shinawatra Satellite of Thailand, returned to the US to work for a video solutions system firm, Convergent Media, which brought him to Atlanta and with Mr. Boyle where together they worked on live global broadcasts for clients like Microsoft and World Wide Wrestling Federation.

Alan then returned to Singapore, where he joined an executive team in the newly formed joint venture between ESPN and Star Sports Asia, a News Corporation company. The operation delivered rights managed programming to the region through satellite telecommunications operators in Korea, Philippines, Vietnam, Thailand, Pakistan, China, New Zealand, Australia and Japan. After managing the distribution operations for over 3000 events throughout the region, Alan left to create his own consultancy business serving clients such as Intelsat, TV New Zealand, CNBC, Sony, ESPN, Level 3 and BSKYB.

Mr. Lasoff has served on the CASBAA Technical committee and has been an active participant in the Asian Broadcasting Union (ABU) for the last 10 years.  He lives with his family in Bangkok and travels frequently to Los Angeles to visit his parents and brother Mark Lasoff, the Academy Award winning special effects director for Titanic 1998. 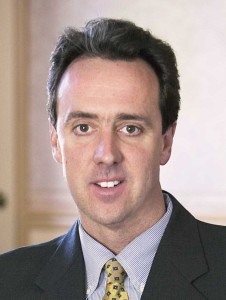 Jay Baney is a serial entrepreneur and business builder.  In our work, Jay specializes in strategic planning and tactical implementation.  His approach is analytical and measured with a focus on maximizing the return on client investment.

After receiving his BA from Middlebury College, Jay began his career as a concert producer and business development manager with the Los Angeles-based New American Orchestra.  He later moved to New York City to get his Masters Degree from NYU and to co-found Twinbrook Music, an independent compact disc distributor.  Jay ran Twinbrook for 13 years into the age of digital music when he partnered with Ban Dai to launch MY-CD.com, one of the first web sites to offer pre-recorded music online.  After Ban Dai, Jay moved on to build the E-commerce subsidiary of Haband Company, a large family-owned direct mail firm.  In 10 years as President of Haband Online, LLC, Jay grew the business and scaled the operations to enable growth from zero to $35 million annually and built a customer file of 1.7 million subscribers.

As part of Haband’s Executive Team, Jay helped turn the parent company around from losing $7 million annually to generating $12 million in EBITDA, enabling the company to be sold to Golden Gate Capital in 2006.  Golden Gate purchased 5 other catalogers as part of a roll-up strategy and created Orchard Brands as their management arm.  In this new entity, Jay’s focus was to optimize customer touch points across all the brands, drive costs out of the operations and maximize customer satisfaction.

Jay lives with his family the New York metropolitan area where he performs regularly as an amateur musician in support of local charity and theatre events.